ClickOnce is simple to use but complicated to set up.
It requires an IT department with a high degree of technical sophistication.

Microsoft provides a good deal of information about ClickOnce at https://docs.microsoft.com/en-us/previous-versions/visualstudio/visual-studio-2008/wh45kb66(v=vs.90).

ClickOnce users go to a web page to access ClickOnce. Typically, you will have a customized web page for this purpose. You may be able to re-use your existing web page with this new version of ClickOnce.

If you don't remember where your ClickOnce directory is: Start your IIS manager (by running inetmgr using "Run" in the Windows Start Menu). In the left hand panel, keep expanding entries until you find the one for the web site that your ClickOnce uses. Right-click on the entry for that site and click either "Explore" or "Properties" (different versions of IIS manager have different menu entries). The resulting information will tell you where your current ClickOnce directory is.

Once you are satisfied that ClickOnce is working, you can delete the holding directory that contains your old ClickOnce files.

In order to run MainBoss using ClickOnce, the user's system must have .NET Framework 4.6.2 or newer.

If you attempt to run MainBoss through the ClickOnce web page without .NET Framework 4.6.2, you will see the message "System update required". Note that all versions of Windows that are up to date from Windows 7 onwards will have .NET 4.6.2 installed so it is unlikely you will need to do anything.

Browser: In order to use ClickOnce, users must connect to your ClickOnce web page using Internet Explorer, or else they must download an appropriate plug-in (e.g. for Firefox or for Google Chrome). There are other extensions for ClickOnce for Chrome in the Chrome Web Store.

When installing a new version of ClickOnce, you may decide that it's a good time to change the software's location. If so, make sure you tell your users to start ClickOnce at least once through the web page rather than just using the entries in their Start menus.

Note that this is only a problem if you move the software location. If you install a new version of MainBoss in the same location as the old one, Windows will look at that location, see that there's a new version, and install it on the user's computer.

Launching ClickOnce MainBoss without a Browser

You can launch a ClickOnce version of MainBoss without using a browser by using the following command line:

where URL is the URL of the file that contains the application you want to run. For example, you might have something like this:

You can use this command line in a command prompt window or in the command line associated with a shortcut icon. 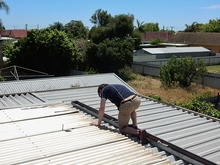